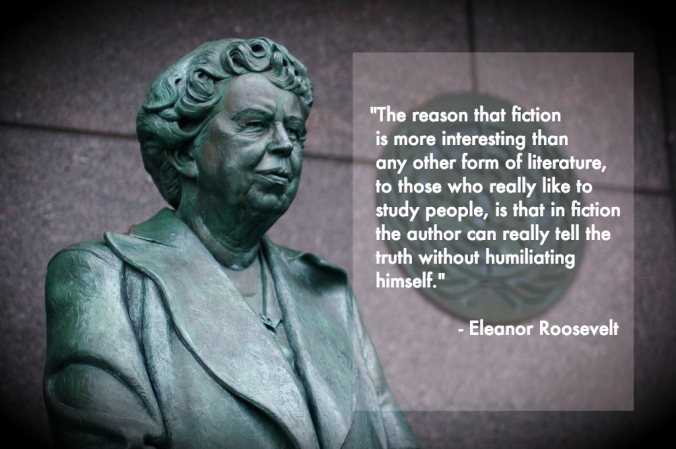 I live close to our longest-serving First Lady Eleanor Roosevelt’s modest house, Vall-Kill. She said of her beloved cottage, “Vall-Kill is where I used to find myself and grow.”

During all this growth, I wonder how often she was humiliated by telling the truth?

According to Wikipedia.com Eleanor Roosevelt held over 348 press conferences during her husband’s twelve-year presidency. She also published a monthly column in Woman’s Home Companion and once wrote such a strongly worded editorial in a newspaper that her husband, Franklin, had to publish a reply.

The Eleanor Roosevelt Papers Project states that she left volumes of writing and never used a ghost writer. According to the site, she wrote 27 books, more than 8,000 columns and 555 articles. She also gave more than 75 speeches a year.

When was the last time you told a truth in fiction that you couldn’t tell IRL? Leave me a comment and let me know.